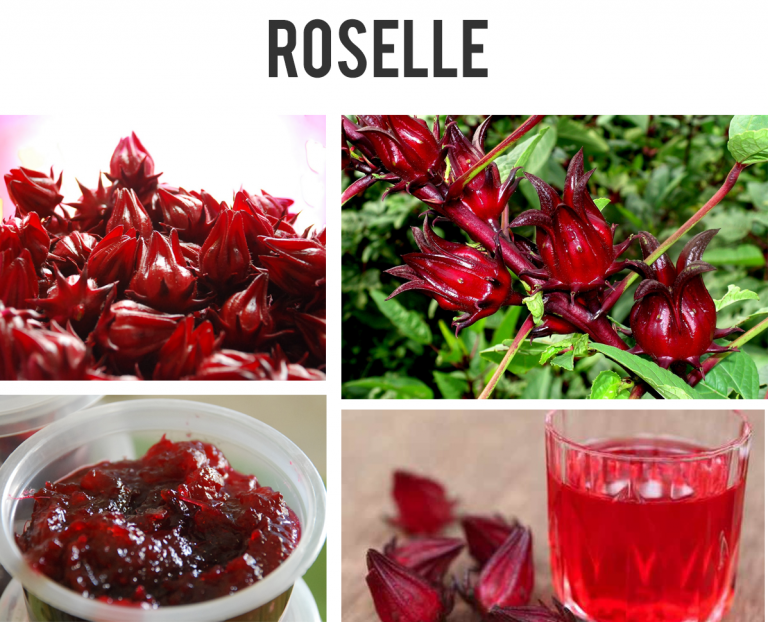 Hibiscus tea is the infusion made from the calyces (Sepal) of the Hibiscus Sabdariffa flower, a herbal tea drink consumed both hot and cold by people around the world. It is also referred as Roselle. It can be used fresh to make juice, jam, jelly, syrup, pudding, cakes, ice-cream and flavoring. It also been dried and brewed into a tea, spice and used for butter, pies, sauces, tarts and other dessert. It also processes pectin that makes a firm jelly.

Roselle’s are also used in medicine since a long time ago. They contain ascorbic acid and glycolic acid which are able to increase urination. The juice from boiled, ripe Roselle is taken a remedy to treat bilious attack. Also, used as a cooling herb providing relief during hot weather. The citric acid helps to increase the flow of blood to the skin’s surface and dilating the pores to cool the skin. In East Africa, the calyces’ infusion is used to relieve coughs (known as Sudan Tea). Roselle tea is believed to be able to reduce cholesterol too.

Our imported Roselle is origin from Central Africa. It contains antioxidant including flavonoids, gossypetine, hibiscetine and sabdaretine. They also rich in riboflavin ascorbic acid, niacin carotene, calcium and iron.